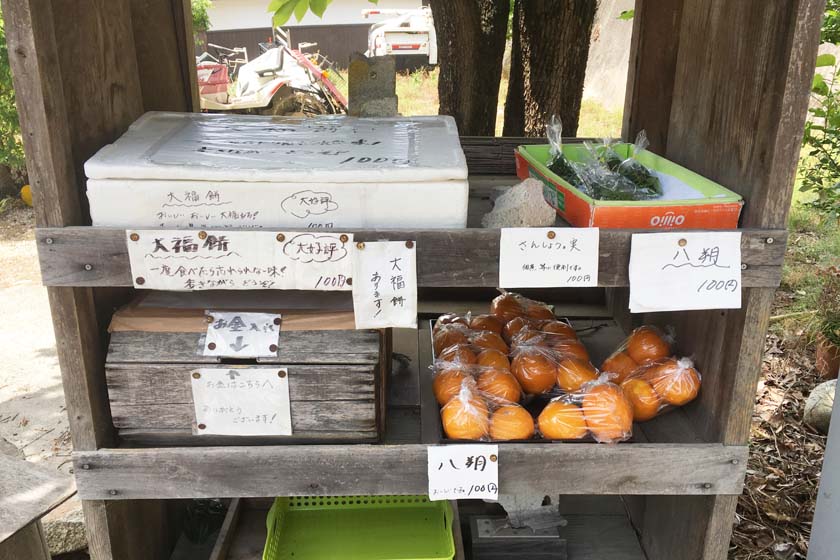 This time, I traveled for five days and four nights to Nara, Sakurai and Asuka, located in the Yamato region, which is one of my favorite travel destinations in Japan.

The reason why I like this region is because of its history. Yamato is “the land of Akebono (dawn)” of the Japanese nation, and while walking around, it is a place where one can enjoy experiencing the beautiful mountain villages of Japan, with its many stories. The Yamato Mahoroba (region) is truly a beautiful place.

Miwa conveniently located for other destinations

I stayed in Miwa for several nights at Guesthouse Miwa, a B&B in a remodeled old Japanese-style house. I have stayed there three to four times in the past, and it is a clean, inexpensive, and comfortable place to stay, even for one person.

Although Miwa is a very small town, it is conveniently located and a short walk to Asuka and Fujiwara-kyo, the beginning point of Japan.

For dinner, I went to an izakaya (Japanese style pub) in the neighborhood, where I picked up my favorite dishes from the counter, which were delicious and inexpensive. I ate a full meal, and was very happy. I spent about 1,500 yen. One of the specialties of this guesthouse is the breakfast that the guests eat together. Each guest introduces themselves, creating a feeling much like an old youth hostel, but therein lies the fun. Thanks to this, I got to know several people there.

The reason why I have gone to stay there so many times is to walk the Yamanobe Road. In other words, to walk along the mountain road from Omiwa Shrine to Tenri. The Yamanobe Road is said to be the oldest road in Japan, and I have heard that it used to connect Sakurai, Asuka, Tenri and Nara in the old days. It is said that there was a time when the Nara Basin was like a swamp, and a road was built at the edge of the mountain to avoid it.

Most of the roads are paths that connect mountain villages. There is also a viewing platform near Omiwa Shrine, from where one can see the fields of the Nara Basin, the three mountains of Yamato, and Mt. Nijo in the distance.

The scale of the scenery is so large that the apartment buildings in the basin go unnoticed, and creates the feeling of having journeyed back 2,000 years. Along the road are Mt. Miwa, as well as historic shrines and temples. The best time to walk around there is in the spring, when the cherry blossoms are in bloom.

I decided it was also an opportune time to climb Mt. Miwa. At the foot of Mt. Nijo, there is an old shrine building, however it is not actually a shrine; rather, the entire mountain is revered as a shrine. The mountain is a beautiful triangle shape that stands out from the surrounding area, and it is said that it has been the home of the gods since ancient times.

One of the women I met at the guesthouse, who works in the pharmaceutical industry in Tokyo, told me that she is a member of the shrine’s association in Tokyo, and that she always goes there to pray on a designated day every month. To my surprise, the number of people in the group is increasing every year, and the participants always climb on their designated day, even if it rains or snows. She also taught me the proper way to visit the shrine. She told me the important thing is not to make a wish, but to be grateful. Incidentally, the god of Omiwa Shrine is the God of Medicine, and women are also allowed to climb the mountain.

In a word, the climb was amazing. I’ve been to the Yamato region five to six times now, and every time I go there, it gives me the feeling of wanting to climb. With gratitude to the mountain deities.

After climbing the mountain, I walked further along the Yamanobe Path, as there are other things to enjoy besides the scenery. There are many unmanned roadside stands selling fruits, vegetables, and mugwort rice cakes, all of which are fun to buy for about 100 yen. There are many ancient tombs near this road, including the Chopstick Burial Mound, which is said to be the tomb of Himiko (Queen of Yamatai-koku, a legendary shamaness), making it a great place for history buffs.