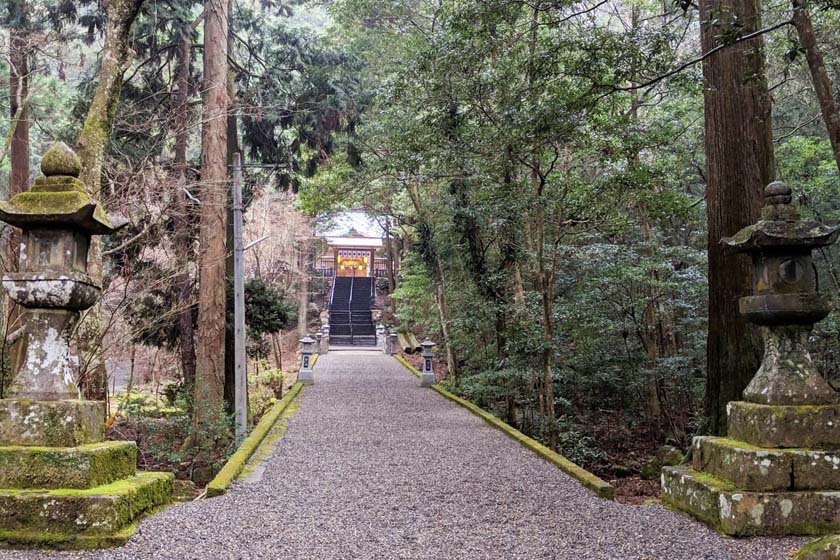 Nobeoka City is located in the northeastern part of Miyazaki Prefecture and is adjacent to Oita Prefecture. While the city has developed as an industrial city, it is blessed with an abundance of nature with the sea, mountains and rivers, and we can enjoy the outdoors.

With four big rivers running through the city, three different breweries – shochu (Japanese liquor), sake, and local beer – have taken root in the region in search of their own unique flavors. These breweries are known locally as Mitsukura.

The first stop was the Sentoku Sake Brewery in the city center. The owner of brewery explained in detail how sake is made and showed us around. I was surprised at how much rice is cut down to make a daiginjo(high quality sake). The squeezing process after the fermentation is also done by hand. It’s delicious, but it’s no wonder the price per unit is so high. It reminded me of the story that sake was made as an offering to the Gods. They have been making sake for over 2000 years, since the beginning of rice farming. We tasted some freshly made sake. It was delicious and made us happy.

Next, we visited the Sato Shochu Factory, located by the Houri River. Many of the names of places in Miyazaki are connected with mythology, and the name of this river is related to Hourinomikoto, also known as Yamasastihiko. The company has been in business for over 100 years and produces and sells authentic shochu using deep water from the river. You can see the entire process through the glass. The shochu is made from locally grown sweet potatoes, barley and rice.  The brewery is firmly rooted in the local community, with a local artist’s picture on the label. The barley shochu liqueur “Gin no Mizu” is refreshing, delicious and very easy to drink.

Finally, we went to a local beer factory called “Hideji Beer”. The brewery is located at the foot of Mt. Mukabaki in National Park. They have a laboratory at the brewery and are working hard to improve their yeast culture and quality under their philosophy of helping Japanese beer culture flourish. Many craft beers are produced here including Kyushu Lager, which uses Kyushu barley as the main ingredient and Kyushu hops for flavoring. I recommend the rich and delicious Kurikuro, which won the world’s highest award at the 2017 World Beer Awards beer contest.

Afterwards, we visited the Mukabaki shrine, located on Mt.Mukabaki. It is said that the word “Mukabaki” refers to the protective gear used to cover the feet when hunting, and the mountain was called “Mukabaki” because Yamato Takeru said that the shape of the mountain resembles it. The waterfall that flows between the two mountains is one of the 100 best waterfalls in Japan. Mukabaki Shrine, which stands quietly in the forest, is a place where you can forget your busy life and feel the eternity of time. A sacred couple of cedars is enshrined as the God. It is a big cedar tree with two trunks coming from the same root which is supposed to be 300 years old. In front of the shrine building, there are 2 guardian dogs with very strange, monkey-like faces.

Staying at the island’s Urashima

At night, we stayed at a private residence on the island of Urashima. We took a sea taxi to the island from the car ferry dock.

The island of Urashima used to be very prosperous for sardine fishing. Even today, the main livelihood of the islanders is fishing, and there were more delicious fish dishes on the table for both dinner and breakfast than we could eat.

The next day, after breakfast, the innkeeper took us on a tour of the island by car. Unfortunately, it was raining, but if the weather is good, there are outdoor activities such as cruising on a fishing boat and mountain climbing.

Near Nobeoka Station, there is a long-established Japanese Western-style confectionery shop called “Kaze no Kashi Torahiko” which was established 70 years ago. The most famous confection is “Yabure manju” (Japanese bun). Nobeoka is the birthplace of it. First it was named “Ogatama manjyu”, meaning a fruts of sacred tree., but changed name to “Yabure Manju” by people. The buns are filled with delicious red bean paste and wrapped in a thin skin made of yams, rice flour and sugar, so it looks like it’s broken. The name doesn’t sound so good, but it is actually truly delicious.

After we bought some souvenirs here, we went to the ruins of Nobeoka Castle which is now a park. You can see the whole city of Nobeoka from here and enjoy the cherry blossoms in spring and camellias in winter.