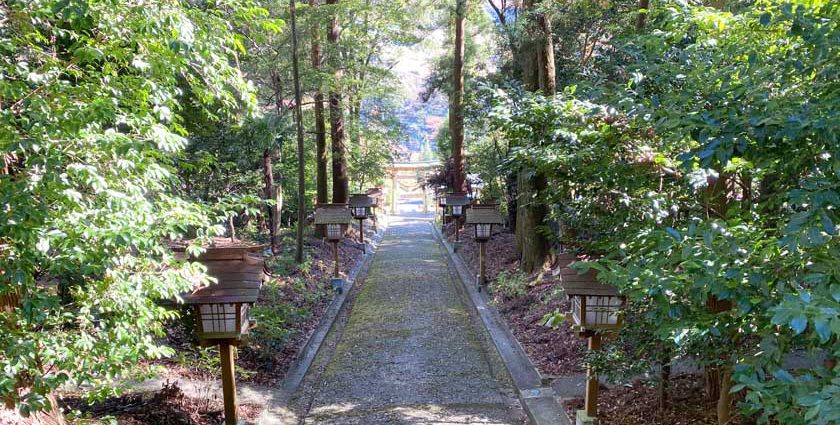 There were used to be more than 500 shrines in Takachiho, Miyazaki. We would like to introduce shrines that are well-known to be “hidden gems”. Who is returning these hidden shrines repeatedly? We believe it is those who experienced their wishes come true in the past, and some tourists who were told about these secret shrines by locals.

You might feel a mysterious power, something invisible, uncatchable, indescribable, and for a moment you might hear your leaping heartbeat and rapid blood circulation. Myriads of mythical gods in Takachiho might be calling you.

Which shrine is the most powerful? Well, the answer might differ depending on visitors. Why? There might be mysterious chemistry between a shrine and people. Why not find your favorite one in Takachiho?

It is believed that mythical gods of Sarutahiko and Ameno Uzume settled down when they married at Aratate shrine. The unique name of ‘Aratate’ meaning ‘roughly built’ in Japanese, which was derived from the belief that their house was made of rough branches in haste.

Sarutahiko, the god of navigation, guided Ninigi no Mikoto, grandson of the Sun goddess Amaterasu, when he descended on the earth. Ameno Uzume, the goddess of entertainment, danced hilariously in front of the cave where Amaterasu hid herself and managed to lure her out of there. The benefits are happy marriage, matchmaking, and traffic safety.

It might be surrounded by mysterious fog if visited in the morning. Several wooden boards are installed at the site and your wish might come true if you thwack each board with a hammer for seven times.

Izanami no Mikoto, the god of fertility, safe childbirth and fire proofness, dedicated to Ochitachi Shrine, believed to be rebuilt by a local clan, Mitai Ukyoudayu Suketake. Additionally, to these three reasons, this shrine is also worshipped by professional athletes wishing for their victory. When you look up to the sky after worshipping, you might feel something flowing in the purified atmosphere.

The existence of the Aso, welded tuff, on the ground made it difficult for locals to dig a well, in Takachiho, in the old days. This shrine has been worshipped as the god of water since eternal spring water wells up from here. The god is enshrined in two areas, Naganouchi and Umogi. Both have spring water from way back.

The spring water of Naganuchi is known to purify your power stone accessories when you rinse them with the water.

The sacred tree, Japanese hackberry, stands near the entrance, giving a divine power to the people. The unique feature is offering ‘egg’ and ‘sake’! Eggs are put in a clear case at the shrine. A rope, stretching from the right side of the hall, takes it out, behind the hall, to the original stoned shrine. It might be small, but you’ll find it awe-inspiring there.

Taking photos is not allowed at the original shrine. The god of water is dedicated to this shrine, but for some reason, it is popular among business owners and professional athletes who want to succeed in their industry.

*The offering Egg and Sake: You can purchase eggs and sake at Yano shop near the parking lot of Amano Iwato Shrine. Tell a store assistant that you are going to Hachidai Ryuosui Shrine.

It is situated in a deep mountainous area. The hall is facing in an unlucky direction or ‘deamon gate’, which is said to give a mighty power to visitors. Tatetokotachi no Mikoto, the god of the nation, is enshrined and it is considered to be a rear shrine of Takachiho shrine.

The water in the basin is spring from surrounding mountains and worshipped as the god of water. The sacred tree, ginko, changes its leaves to gold in autumn. You might be immersed in the mystic power from mountainside emitting spiritual power!

If you ask locals ‘Which shrine do you recommend?’ Most locals would answer ‘Did you go to Akimoto shrine?’ It is a 30 min drive from the town center via a narrow and winding road. Please give yourself plenty of time if you are going there.

Its bumpy and unpaved 500m approach leads you to the main hall. It is called ‘Takachiho’s Kumano Kodo pilgrimage’. You’ll be surrounded by a divine sunshine filtering through trees, the chirping song of birds and the sound of wind blowing leaves, as well as its distinctive guardian statues and stone lanterns.

The shrine is dedicated to mythical gods Izanagi, Izanami, and their children. The benefits are well-being of one’s family, happy marriage and marine safety.

Futagami, consists of two mountains ‘Odake’ and ‘Medake’, known as the sacred mountains. This shrine is situated on Medake and mythical gods Izanagi and Izanami are enshrined there. The way to the hall is long and steep stairs have no rail. You might be out of breath as you come closer to the sacred area.

The sacred ginko tree is amazing and ginko nuts are wrapped in a small bag as a gift for worshippers in autumn. The benefits are matchmaking, manner, marriage and art.

2021-03-22
Previous Post: Miyajima Island – Six Must Visit Places on the island
Next Post: Best Things to Do in Takachiho
Lovesome Journey > Japan-Kyushu > Takachiho: A journey through spiritual sightseeing spots